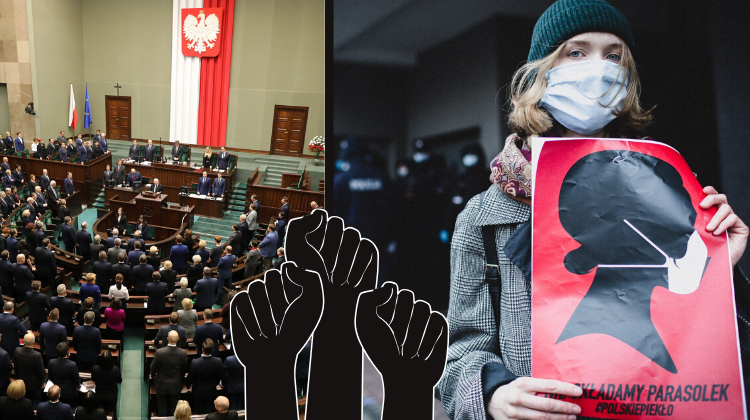 We are watching you: shameful civic bills sent for further work in the parliamentary commissions.

At the time of the raging epidemic, the authorities at the last moment put on the agenda civic initiative bills extremely restricting access to abortion and to sex education. KPH called for rejection of both bills at first reading. The votes of majority of MPs directed the proposals for further works in the committees and can be proceeded at any time. It is a scandal that during an epidemic the Parliament is pushing forward projects that cause such social resistance. Just by the announcements of its introduction, we can already see the chilling effect of the law that aims to punish for reliable sex education, threatening teachers and educators with imprisonment. Now MPs will debate in committees whether young people can find out about their sexuality or whether a biology teacher should be jailed. – Magdalena Świder comments on today’s vote in the Sejm.

Last week the case of abortion ban became loud again, because of the unexpected entries in the agenda of the upcoming sitting of the Sejm – scheduled for April 15th and 16th. Together with the barbaric bill on the ban of abortion, the bill restricting access to reliable sex education was introduced. The Sejm had six months to deal with these civic initiatives. It is significant that the ruling majority pulled them out at the last moment using the state of the epidemic, when street protests are impossible. 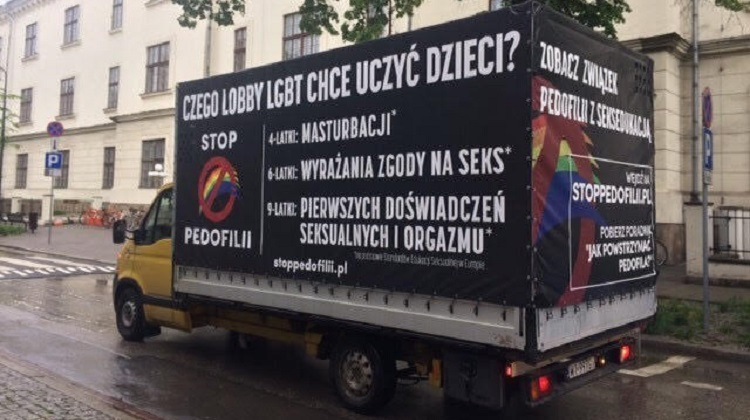 We all remember them – cars with homophobic slogans, hatefully connecting LGBT people with pedophilia, have traveled all over Poland in recent months. As it turned out, the whole action served religious fundamentalists to collect signatures for the draft bill manipulatively named “Stop Pedophilia Act”. This project, however, has nothing to do with pedophilia: in reality it provides for punishment for reliable sex education.

The bill is an attempt to intimidate every person who transfers knowledge enabling youth to make informed and healthy decisions about their sex life. It will lead to absurd situations in which a doctor will be afraid to talk to a teenager about contraception, and a biology teacher will skip reproduction topics during the lesson. Not to mention parents who will also be afraid to talk to their own children about the improper touch. – explains Joanna Skonieczna from KPH.

The “Stop Pedophilia” bill will most of all affect young people, who already have limited access to reliable knowledge about human sexuality. Sex education is a basic activity that reduces the likelihood of becoming both a victim and perpetrator of sexual violence. The project carries the risk of increasing the probability of sexual violence, pedophilia, unwanted/teenage pregnancies or sexually transmitted diseases.

Forcing to give birth at all costs

When the ruling majority wanted to restrict abortion laws in 2016, hundreds of thousands of people took to the Polish streets. Black Protests have shown a new scale of civil outrage: so large that the project was eventually rejected. Now, the ban is put to the vote again. It is being discussed at the time of the epidemic – when all of us are locked up in our homes.

A wave of protests sweeping across Poland

We didn’t have to wait long for the response of those who are affected by these laws. Protest events appeared on the internet in express mode, and the protest proposals were adapted to the epidemiological circumstances. And so, all over Poland, from Friday on, variety of protests took place: balcony protests, queuing for groceries protests and car protests. The mailboxes of MPs were flooded with messages of opposition. Organizations and media around the world have been writing about using the epidemic to pass shameful laws. 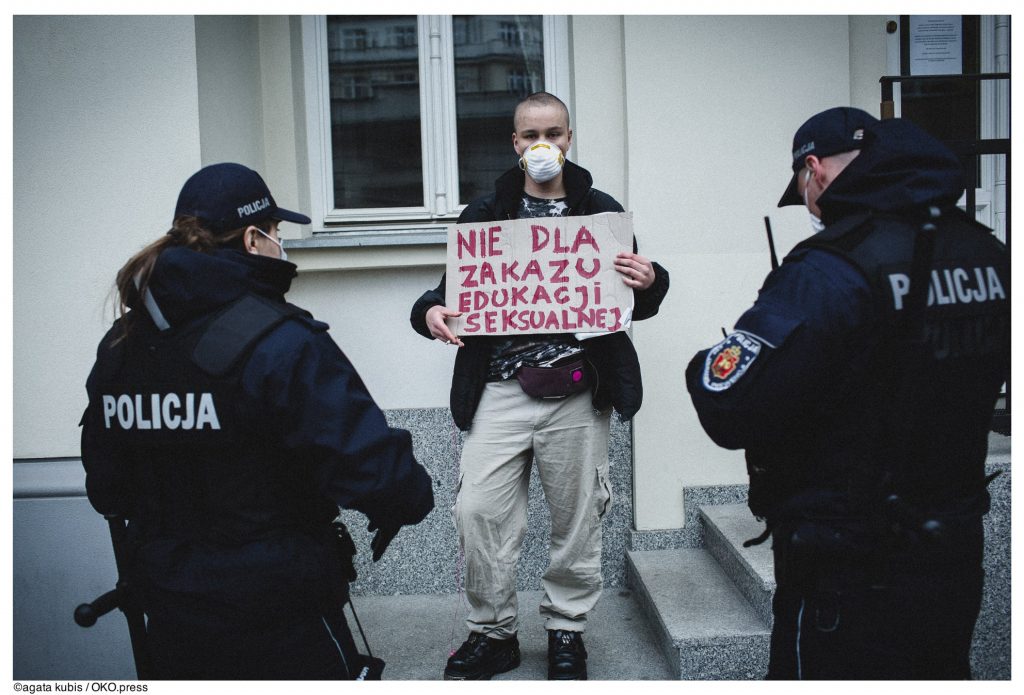 Today the Sejm voted on the barbaric proposals. The votes of MPs directed the proposals for further works in the committees.

Now these bills can be pulled out of the ‘parliamentary freezer’ at a convenient time for the ruling party. For example, when there’s a need to cover something that could cause social outrage. – says Karolina Gierdal from KPH.

We do not fold our umbrellas

We will closely monitor the work of the committees on the shameful bills. We will not allow for instrumental exploitation of LGBT people by religious fundamentalists. We object to forced childbirth. We object to leaving children and young people without care and exposing them to the risks associated with sexual violence. We have been and will be ready to act. Authorities, we are watching you!

Photos from the “Queuing protest” next to the Polish Parliament at Wiejska Street // Agata Kubis from kolektyw.kolektyw for Oko.press.