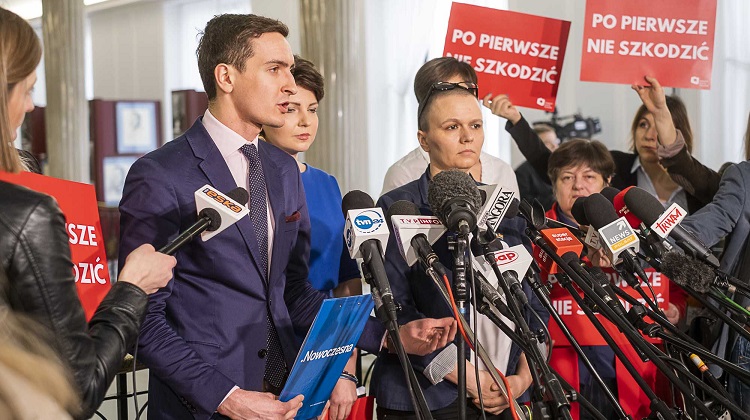 Poland joins the group of European countries which parliament will discuss introducing legal ban on conversion therapies. A similar bill is currently in being proceeded in  Germany and Ireland. In Poland the project was submitted to the parliament by a liberal party –  Nowoczesna, which worked on the draft alongside the biggest Polish LGBT organization – Campaign Against Homophobia.

The conversion pseudotherapies targeting the LGBT community have hit the headlines in Poland in March 2018, when the European Parliament published an annual report on the fundamental rights in the EU. The topic of pseudotherapies resurfaced in September of the same year, when The United Nations Committee on the Rights of Persons with Disabilities made an official recommendation for Poland and indicated a dire need to ban these practice altogether as soon as possible. Nowoczesna representatives immediately reacted to those recommendations and began working with Campaign Against Homophobia in order to create a bill that has just been submitted to the parliament.

The act created by Nowoczesna and Campaign Against Homophobia introduces a ban on using, offering the use of, promoting and advertising conversion practices as well as prohibits indicating persons or entities that offer, use, advertise or promote conversion pseudotherapy. Mirosława Makuchowska from Campaign Against Homophobia has weighed in on the issue:

Forcefully persuading somebody that if they try hard enough, they will be able to change their sexual orientation is an act of violence. There’s a good reason for the fact that the United Nations call such pseudotherapies a torture. In Poland there is no law that would ban such quackery and it’s high time it was changed.

In the next few months the first reading of the draft act will be held in the Polish parliament.