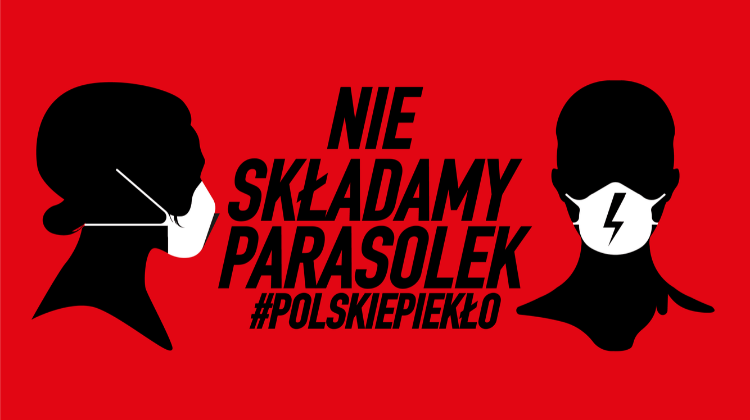 KPH’s position on the attack on reproductive rights and the right to reliable sex education.

During the crisis, when hospitals and healthcare workers are overloaded, the government has no control over the situation, people are losing their jobs massively or are at risk of losing those, and entrepreneurs lose their sources of income, there is no space for a reliable public debate on topics related to human and reproductive rights.

On April 15th and 16th, 2020, the Parliament will debate on shameful, objectionable citizens’ initiative draft bills regarding – among others – restrictions on the right to abortion and access to reliable sex education. KPH opposes these two draft bills and demands their rejection at first reading.

According to KPH, it is outrageous that yet again women’s rights and the right to reliable sex education are used instrumentally and politically, especially now when citizens have no opportunity to express their disagreement on the street. KPH sees this as one of the elements of the current tactics of the ruling party. Controversial drafts are kept in the „parliamentary freezer” until a convenient time comes to get them out of there. Because they arouse public outrage, the government hopes to hide something that is uncomfortable for them. At the moment, this is a crisis caused by the epidemic and a desire to continue to rule, i.e. the forced election on May 10th. It is significant that this draft did not appear on the agenda before, but only on the last day of the sessions of the Parliament, just before the cut-off date.

KPH opposes the proceedings of both of these draft bills and demands the Parliament to reject them at first reading.

The STOP PEDOPHILIA bill as a tool for intimidation

The draft bill submitted as a citizens’ initiative has nothing to do with combating pedophilia. This draft bill is intended to be just another tool in the hands of religious fundamentalists to intimidate schools, teachers, principals and human rights NGOs.

The bill is defective for one basic reason: the new regulations prohibit the promotion or praise of something that is completely legal. The existing art. 200b of the Penal Code already penalizes praising or promoting pedophile behavior. Following the amendment, it will also be illegal to promote or praise a sexual intercourse by a minor, i.e. a person up to 18 years of age. At the same time, undertaking sexual activity is allowed from the age of 15 (Article 200 of the Penal Code). Thus, the bill states that the very undertaking of sexual activities will be legal when a minor reaches the age of 15, but promoting and praising – will be prohibited under penalty of law. This can lead to such absurd situations as punishing a 16-year-old who, in a peer group, enthusiastically talks about a specific way of undertaking sexual activities.

Threat in a country with lowered rule of law standards

Although „promoting” and „praising” a sexual intercourse is not the same as sex education, and a literal wording of the amended provisions cannot be interpreted as if the bill penalizes it as such, there is a huge threat that in a country where the prosecutor’s office is directly controlled by the Public Prosecutor General (who is a  Minister of Justice at the same time), he will use law enforcement authorities for political purposes. We can expect prosecutions and harassment of everyone who does not implement the party’s agenda.

The affected group would be primarily young people. At present, they already have a difficult access to reliable information and education about sexuality. As the Polish Sexuology Association claims in the statement about the bill (…) although the authors of the bill declare that their purpose is to „protect children and young people against sexual deprivation and demoralization”, the effect of the ban will be exactly the opposite – the threat of sexual violence in Poland will increase . This is because sex education is an essential tool that reduces the likelihood of becoming both a victim and a perpetrator of sexual violence. The Commissioner for Human Rights also spoke in a similar tone when dealing with myths about sex education.

The right to reliable sex education arises primarily from the right to education and – as the World Health Organization (WHO) points out – from the right to health protection and access to health-related information. Parents cannot expect that all content provided to children at school “will not be confronted with with opinions that are opposed to one’s own convictions” (as confirmed by the Constitutional Court and the European Court of Human Rights). In the case of sex education, the best interests of children should be given priority.

KPH sees risks primarily in causing a chilling effect among all those involved in providing reliable sex education – including sex educators, school teachers, textbook authors, journalists. Although the words ‚promote’ and ‚praise’ have their specific meaning in criminal law and as such cannot be equated with sex education ( does a history teacher teaching about the famous battles promote it or praise it?), the justification of the act does not leaves no doubt in this matter.

There is also a risk of instrumental use of these provisions by law enforcement authorities. Politicized and subordinate to the Public Prosecutor General (who is also the Minister of Justice), the prosecutor’s office must follow his guidelines.

The attack on reproductive rights is part of a larger strategy of the fundamentalist movement in Poland, as stated in a special report from the European Parliamentary Forum for Sexual & Reproductive Rights.

The project constitutes a serious violation of women’s reproductive rights in Poland. The abortion procedure, which is already difficult to access, will be even more difficult to access. This raises huge controversy in a large part of the population, and at the same time during an epidemiological threat it is impossible to express disagreement on the streets, as it was the case during the Black Protests.

Therefore, KPH opposes the procedure of both of these laws and demands the Parliament to reject them at first reading.