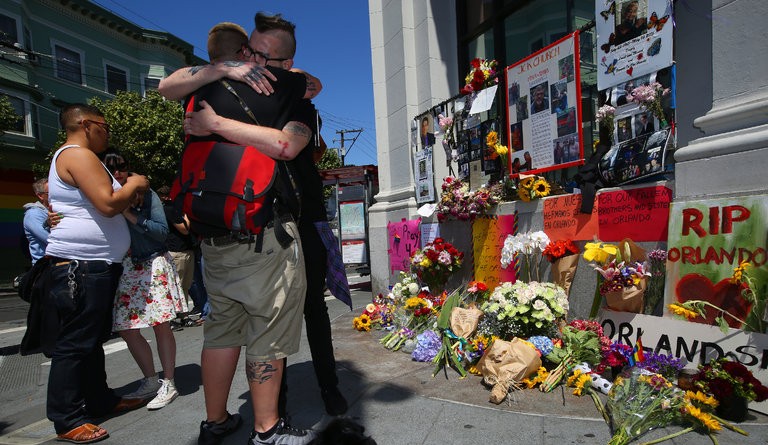 Statement of KPH regarding the attack on club Pulse in Orlando

Statement of Campaign Against Homophobia regarding the attack on club Pulse in Orlando, FL.

“While the Warsaw gay clubs and LGBTQI community centers were still full of people celebrating the biggest yet Equality Parade in Warsaw, the news from Orlando shocked and saddened us in Poland. We all refreshed our social media and news feeds with disbelief. This despicable, vile act of terrorism was impossible to grasp with one’s mind. While the death toll of the most bloody and deadly armed attack on the LGBTQI community on the US soil was on the rise, one thing became clear – this dreadful act will have an enormous impact on the LGBTQI community worldwide.
We share President Obama’s view, that “this is a sobering reminder that attacks on any American – regardless of race, ethnicity, religion or sexual orientation – is an attack on all of us.” Yet, we were sickened and deeply alarmed by the reactions of the few American and Polish politicians, who were attempting to use this tragedy in their anti-Muslim and anti-immigration agenda. The lesson that terrorism has no religion is yet to be learnt by the great part of our society.
We strongly believe that, those who look for justification of the Orlando tragedy in ethnicity, religion or migration status of the perpetrator, are playing in the same team with terrorists, whose goal is to divide, terrorize and feed on the social unrest. We find it crucial in the times of turmoil to come together and express solidarity with families and friends of victims of the homophobic hate crime of this scale.
Furthermore, we call the political leaders of the world to give up on the dividing language, condemn homophobia, racism, and bigotry in the strongest terms, as these are responsible for the biggest tragedies and crimes of the human history. Lastly, we all need to remain vigilant to the acts of discrimination on the basis of race, religion, ethnicity, social status, sexual orientation and gender identity or expression, for love always wins”.

On the occasion of the aforementioned sad event, we would like to invite you to join us today at 18:00, in front of the Embassy of the United States in Warsaw. Further information about the event can be obtained through the following link.